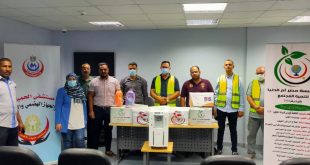 South-east Australia has shivered through some of its coldest weather in decades, thanks to an icy cold snap.

Ipswich councillor Paul Tully drove three hours across the border so his son could see snow for the first time.

“We got up at 2.30am in the morning because there’d been a number of false starts in the past to take him to see his first snow,” Mr Tully told the BBC.

He said hundreds of cars made their way up Mount Mackenzie in northern NSW over the weekend, including one family who drove for more than seven hours through the night from Bundaberg.

“Everyone was actually excited it was a joyous occasion, people just felt really good.”

Jason Eimbrodt posted a picture on Instagram from Sunny Corner, west of Sydney saying: “I didn’t go down to the snow this weekend. But the snow came up to us instead!”

The cold snap has been dubbed the “Antarctic vortex” by Australian media, but the Bureau of Meteorology said the moniker was not actually accurate.

“It’s fun to say,” forecaster Sean Fitzgerald told the BBC, “but [an Antarctic vortex] is actually a weather system over Antarctica that doesn’t shift.”

Barry Hanstrum, regional director at the Bureau of Meteorology NSW, said the conditions were associated with a series of cold fronts that moved through the states.

The low pressure system that caused the cold fronts is expected to last for much of the week ahead.

Severe weather warnings are in place for Victoria and NSW, and icy conditions have closed some major roads, including parts of the Great Western Highway.

Alpine regions and ski resorts saw good snow fall at the weekend with a light dusting also experienced in the Central Tablelands region of NSW.

Are you in South East Australia? You can send us your pictures of the icy weather by emailing [email protected], uploading them here, tweet them to @BBC_HaveYourSay or texting +44 7624 800 100.