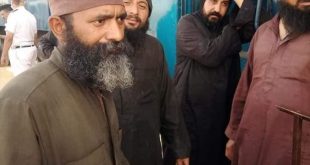 The US military is considering a plan that would allow transgender people to serve openly in the armed forces.

“The Defence Department’s current regulations regarding transgender service members are outdated and are causing uncertainty,” US Defence Secretary Ashton Carter said on Monday.

Transgender people now serve in the military, but their experiences vary.

Over the next six months, a group will study whether lifting the ban will adversely affect the military.

But Mr Carter said the group will begin with the presumption that transgender people should be able to serve openly.

“We have transgender soldiers, sailors, airmen, and Marines – real, patriotic Americans – who I know are being hurt by an outdated, confusing, inconsistent approach,” Mr Carter said.

In 2011, the US military ended its policy of “don’t ask, don’t tell” allowing gay people to serve openly. Military officials cited that successful transition when discussing the transgender changes.

However, the repeal of ban raises questions about whether military would conduct or pay for the medical costs of surgery and other treatment associated with any gender transition.

Military officials said the six-month evaluation period would allow the services to figure out health care and housing and provide training to troops to smooth the transition.

Guidelines require that transgender people be dismissed from the military, but many serve in secret or under supportive commanders.