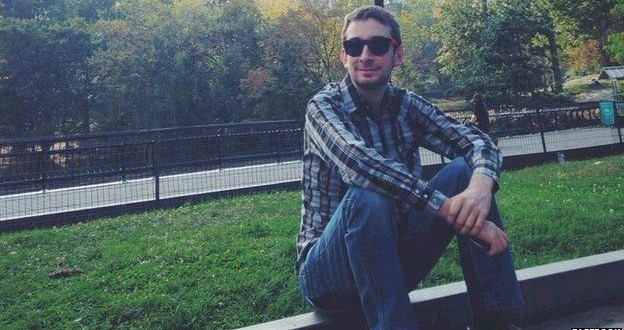 The co-founder of a recently-shut down music streaming website has been found dead in his Florida home, local police have said.

Josh Greenberg, who was aged 28, created Grooveshark in 2006.

There was “no evidence of foul play or suicide,” police in Gainesville said via Twitter.

A US court had determined that the site could be liable for $736m (£472m) in damages after it was judged to have wilfully breached copyright when building the service’s music library.

In closing the site, its owners posted a statement, which read: “Despite [the] best of intentions, we made very serious mistakes. We failed to secure licenses from rights holders for the vast amount of music on the service.

“That was wrong. We apologise. Without reservation.”

Mr Greenberg’s mother Lori told the Gainesville Sun newspaper that her son had been in good spirits.

“He was excited about potential new things that he was going to start,” Mrs Greenberg said, adding that she did not believe he had any health concerns.

At the company’s peak, the newspaper said, Grooveshark employed 145 people.

Friends and former colleagues of Mr Greenberg took to social media to pay their respects.

“Thank you @joshgreenberg for giving me the chance to get my career started with grooveshark. The world lost a great entrepreneur,” wrote Tyler Nettleton, an engineer.