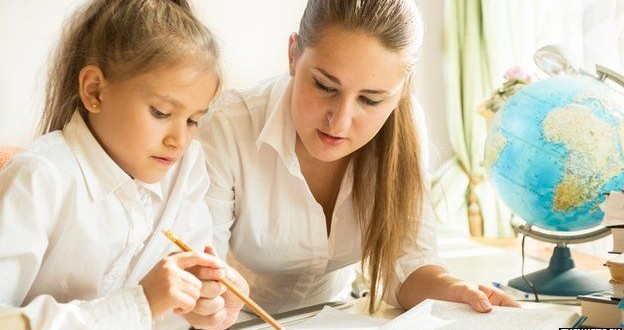 Middle-class parents create a “glass floor” to protect their less able children from slipping down the social scale in Britain, a report has said.

The government said its reforms were helping disadvantaged pupils catch up.

The report for the commission, which advises the government on social mobility issues, was based on a long-term study of 17,000 children born in 1970 that measured their ability at the age of five.

It said wealthier families helped their children accumulate skills valued by the labour market and they also used social networks to secure internships and employment.

That meant poorer, but more able children were often blocked from the finite number of top jobs, it added.

The report, by Abigail McKnight of the London School of Economics, said parental help may start with providing a good home-learning environment in the early years, and continue with seeking out better schools, offering help with homework and exam preparation.

Parental education level and attendance at a private or grammar school all had a significant impact over and above the influence of academic attainment, it said.

The research suggests there is a clear correlation between the social background of a child’s grandfather and eventual labour market success.

The report also highlighted a “private school wage premium”, where recruitment to high-earning occupations is biased towards those educated in private schools.

It said: “Not only do privately educated children achieve well in examinations and on this basis go on to have highly successful careers, but private school education also bestows a ‘little extra something’.

“Some of the ‘extra’ is made up of soft skills – for example – presentation, conduct in social settings, accent – which have little to do with productivity and a lot to do with what economists refer to as ‘signalling’.”

Commission chairman Alan Milburn said nobody should criticise parents for doing their best for their children, but it was not right that the less able do better in life than the more able.

“It’s a social scandal that all too often demography is still destiny in Britain. The government should make its core mission the levelling of the playing field so that every child in the country has an equal opportunity to go as far as their abilities can take them.”

The report called on the government to seek policies that would compensate children who are deprived of the benefits that children with educated parents receive.

“Careful consideration should be given to the setting of homework, fostering and nurturing aspiration, high quality and age-appropriate education and careers advice, and inspirational high-calibre teachers,” it added.

A Department for Education spokesman said: “This government is committed to making sure that every child, regardless of background, has the same opportunities to fulfil their potential.

“Our reforms – including the £2.5bn pupil premium – are seeing results, with disadvantaged pupils catching up with their better off peers at both primary and secondary.

“We have placed high expectations at the heart of our schools, with a rigorous new curriculum, world class exams and a new system rewarding schools that push every child to achieve their best.”