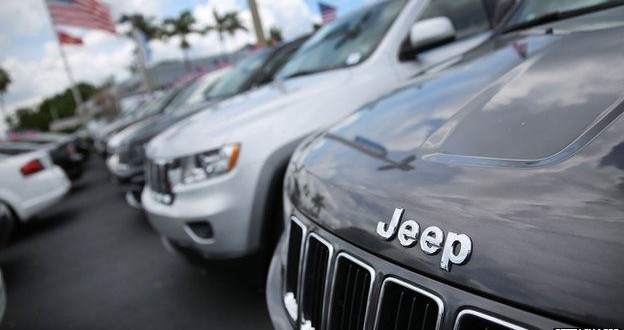 US regulators have imposed a record fine of $105m (£67.6m) on Fiat Chrysler over recall failures.

Under the agreement with the National Highway Traffic Safety Administration, the automaker will also offer to buy back as many as 1.5 million vehicles.

An independent monitor will audit the US-Italian company’s recall performance for three years.

The fine comes days after the firm announced another recall over software faults in one of its models.

The $105m fine sets a new record for the NHTSA, topping the previous record of $70m on Japanese car maker Honda in January this year.

The regulator accused the auto maker of problems with the execution of 23 vehicle safety recalls covering more than 11 million defective cars.

In a statement, the NHTSA said that Fiat Chrysler had since admitted violations in three areas, “effective and timely recall remedies, notification to vehicle owners and dealers and notifications to NHTSA.

As part of the deal with the regulator, Fiat Chrysler agreed to give the owners of 1.5 million vehicles the option of selling their cars back to the manufacturer.

Included were one million Jeep vehicles with rear fuel tanks that can leak and catch fire in collisions. The fault has been linked to numerous fatal accidents.

More than half a million of the cars subject to the buyback offer have faulty suspension parts that might cause a loss of control.

The recalled models covered by the agreement also include the Dodge Ram, as well as Dakota and Chrysler Aspen trucks with vehicles dating back as early as 2008.