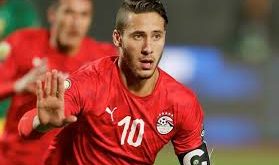 Amnesty International says there is “strong evidence” Israel committed war crimes in Gaza following the capture of a soldier by Hamas in last year’s war.

Its report says at least 135 civilians were killed in a bombardment of Rafah after Lt Hadar Goldin was seized on 1 August. He was later declared dead.

Israel dismissed the report as “fundamentally flawed” and one-sided.

The conflict lasted for 50 days between July and August, and ended in a truce.

On the Palestinian side, 2,251 people, 1,462 of them civilians, were killed, the UN says. On the Israeli side, 67 soldiers were killed along with six civilians.

Israel says it launched the offensive on Gaza to put an end to rocket fire and remove the threat of attacks by militants tunnelling under the border.

Amnesty’s report says Israeli actions in the Rafah area between 1 and 4 August 2014 might amount to war crimes and crimes against humanity.

Its study was carried out with the Forensic Architecture, a research project specialising in spatial analysis, at Goldsmiths’ College in London.

The investigation used advanced techniques, including analysis of shadows and smoke plumes, as well as testimony from Palestinian civilians.

Lt Goldin was captured after his unit came under fire from Hamas militants, and was dragged into a tunnel.

Amnesty said the implementation of the directive “led to the ordering of unlawful attacks on civilians”. It said 75 children were among those killed.

“There is strong evidence that Israeli forces committed war crimes in their relentless and massive bombardment of residential areas of Rafah in order to foil the capture of Lt Hadar Goldin, displaying a shocking disregard for civilian lives,” said Amnesty director Philip Luther.

“This report presents an urgent call for justice that must not be ignored. The combined analysis of hundreds of photos and videos, as well as satellite imagery and testimony from eyewitnesses, provides compelling evidence of serious violations of international humanitarian law by Israeli forces which must be investigated.”

The Israeli military declared Lt Goldin dead a day after his capture. His remains are still being held by Hamas.

Israel criticised Amnesty’s report as “fundamentally flawed in its methodologies, in its facts, in its legal analysis and in its conclusions”.

It said Amnesty had built a “false narrative”, claiming that four days of military operations were a direct response to Lt Goldin’s capture.

Israel said the testimonies in the report were uncorroborated and potentially biased, bringing “into serious question Amnesty’s professional standards”.

It said it “conducts all its operations in accordance with international law”, and that it was already examining alleged incidents which occurred in Rafah during the report’s timeframe, which could be used as part of any future criminal investigation.