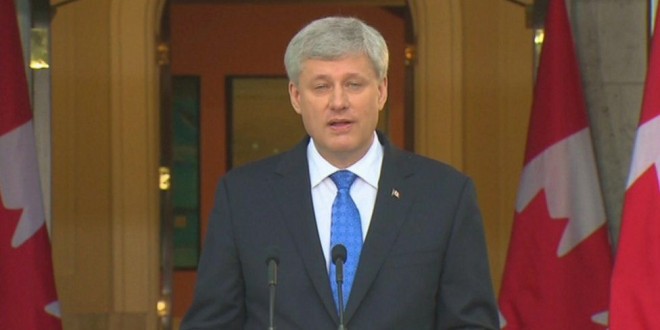 In an announcement he said he had asked Governor General David Johnston to dissolve parliament.

Correspondents say the campaign is likely to focus on Canada’s sluggish economy and security issues.

Mr Harper’s centre-right Conservative Party has been in office since 2006 but analysts say he could struggle to form another majority government.

If he is successful, Mr Harper would be the first prime minister since Sir Wilfrid Laurier in 1908 to win four consecutive elections.

He made his announcement after meeting Mr Johnston, who represents Queen Elizabeth II, Canada’s head of state.

Mr Harper said the election would be about “leadership on the big issues that affect us all, our economy and our nation’s security”.

The 11-week election campaign will be one of the longest in Canadian history.