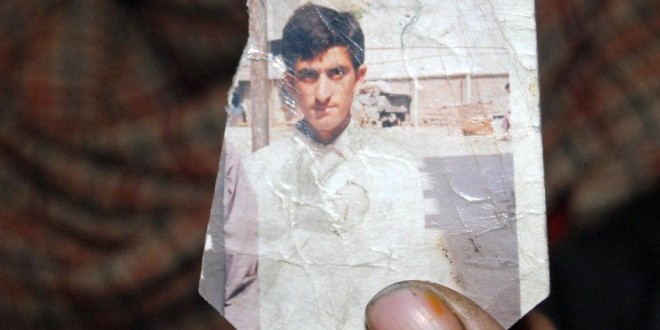 Pakistan has executed Shafqat Hussain, convicted of killing a child in 2004, despite appeals from international human rights groups.

His lawyers say he was 14 when found guilty and his confession was extracted by torture, but officials say there is no proof he was a minor when convicted.

He met his family one last time before midnight, then was hanged shortly before dawn at a jail in Karachi.

But despite the postponements, legal challenges and intense lobbying, all his appeals for mercy were ultimately turned down.

The Pakistani government scrapped a moratorium on capital punishment in the aftermath of an attack on a school in Peshawar in December last years in which more than 150 school pupils and teachers were killed by the Taliban.

Pakistan is a country where most people support capital punishment. It is often justified as an essential part of the Islamic principle of “an eye for an eye”.

Many believe justice has been served and a child-killer hanged.

The campaign by global human rights groups like Reprieve and Amnesty International helped delay the execution four times this year. But here in Pakistan it was also seen as an attempt by “Western NGOs” to try to save one man from the thousands on death row.

In the end, Pakistan’s top judges and elected leadership stood their ground.

For Pakistan’s civil rights activists, however, this case exemplifies all that ails the legal system. The execution is seen as a sad day for a flawed and inefficient judicial system.

It’s a deeper institutional problem that governments have failed to fix, focusing instead on rushing alleged criminals through faulty trials and executions.

What is behind Pakistan’s dramatic rise in executions?

Since then, authorities have hanged at least 193 convicts in jails across the country.

Pakistan has the world’s largest number of death row inmates, with more than 8,000 people reported to be awaiting execution and it is on course to have one of the highest rates of executions in the world.

Reprieve has argued that Pakistan’s legal system failed Shafqat Hussain at every turn and that his case has not been properly investigated.

“The government’s decision to push ahead with the execution despite calls to halt it from across Pakistan and around the world seems to have been more a show of political power than anything to do with justice,” the group said in a statement shortly after the execution.

But Pakistan’s government believes Hussain was 23 when found guilty, and courts dismissed petitions seeking verification of his age.

Executions around the world