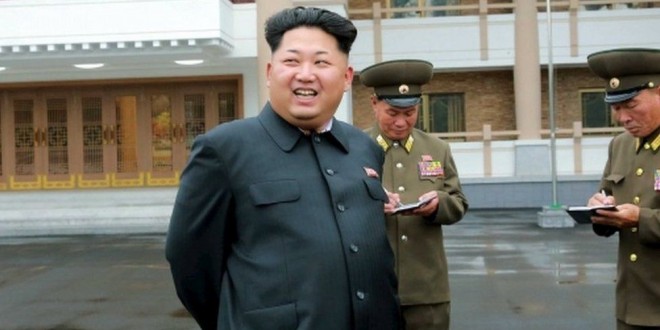 North Korea is to switch to a new time zone to mark its liberation from the Japanese at the end of World War Two, says state media.

North Korea is currently in the same time zone as South Korea and Japan, which are nine hours ahead of GMT.

But Pyongyang Time will see the clocks put back by 30 minutes on 15 August.

State news agency KCNA said “wicked Japanese imperialists” had “deprived Korea of even its standard time” by changing the clocks during occupation.

The entire Korean peninsula – then one country – was 8.5 hours ahead of GMT until Japan colonised it in 1910.

KCNA quoted officials as saying the decision to adopt Pyongyang Time reflected “the unshakeable faith and will of the service personnel and people on the 70th anniversary of Korea’s liberation”.

South Korea said the move could cause some short-term inconvenience at the Kaesong industrial plant in North Korea, jointly run by the two Koreas.

“And in the longer term, there may be some fallout for efforts to unify standards and reduce differences between the two sides,” Unification Ministry official Jeong Joon-Hee said.

There is no international body that approves a country’s change of time zone as countries decide for themselves.

In 2011, Samoa changed its time zone to the other side of the international dateline, losing one day, so as to make communication easier with neighbours Australia and New Zealand.

And North Korea is not the only country that has created its own unique time zone.

In 2007, Venezuela decided to turn its clocks back by half an hour as President Hugo Chavez wanted to have a “more fair distribution of the sunrise” to residents.

Venezuela is now the only country with a time zone 4.5 hours behind GMT.