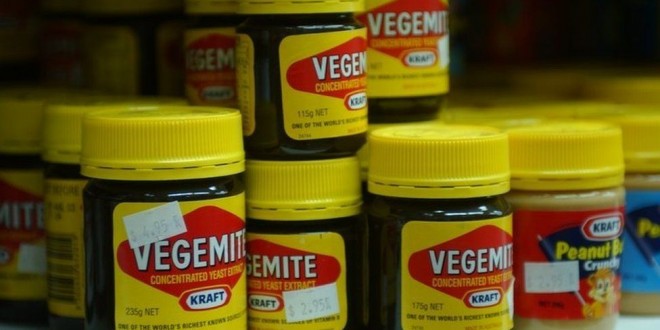 Vegemite sales 'should be curbed'

Australia’s government says some communities should consider limiting the sale of the popular Vegemite spread because it is being used to make alcohol.

It says the yeast-based product is contributing to anti-social behaviour in some remote communities.

He said it was being bought in bulk to make moonshine.

Brewer’s yeast is a key ingredient in the spread and is used in the production of beer and ale.

In communities where alcohol is banned because of addiction problems, Mr Scullion said Vegemite sales should also be restricted.

“Businesses in these communities… have a responsibility to report any purchase that may raise their own suspicions,” he said.

The minister added that in some cases, children were failing to turn up to school because they were too hung-over, and that Vegemite was an increasingly common factor in domestic violence cases.

Vegemite started as a war-time substitute for Marmite, and is now something of an Australian culinary icon, says the BBC’s Jon Donnison in Sydney.