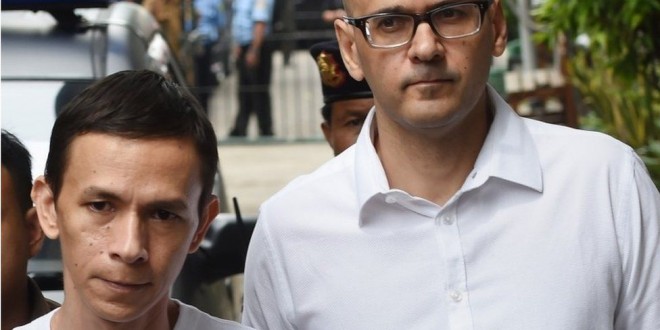 A British-Canadian and an Indonesian jailed for sexually abusing children at an exclusive private school in Jakarta have had their convictions overturned.

Teacher Neil Bantleman and his Indonesian colleague Ferdinant Tjiong were jailed for 10 years in April.

Both men had denied the charges, and their supporters said the case was riddled with legal errors.

Their lawyer said on Friday the verdict was thrown out because of a lack of evidence and they would soon be freed.

Hotman Paris Hutapea told reporters in Jakarta the high court had ruled there was “no evidence of sodomy”.

The school, now known as the Jakarta Intercultural School, had continued to support the men, and said the ruling was “very good news”.

“The lawyers and families are now working through the necessary paperwork to release (them) from prison,” headteacher Tim Carr said in a statement quoted by Reuters.

Hopes of a release for Mr Bantleman and Mr Tjiong were raised earlier this week when the South Jakarta District Court threw out an attempt by a parent to sue the school.

The woman had alleged her six-year-old child was abused at the school in a separate case, and was seeking damages of $125m (£80m).

But the court said there was no evidence of wrongdoing on the part of the school.