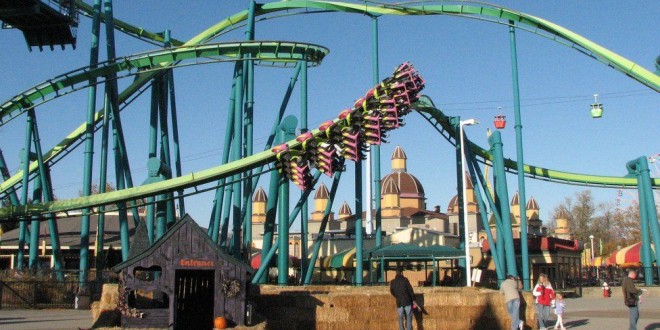 Man killed by rollercoaster in Ohio

A man trying to retrieve his mobile phone has been struck and killed by a rollercoaster at a theme park in Ohio.

James Young rode the Raptor rollercoaster at Cedar Point amusement park and then jumped over a fence to get his phone when he was hit.

A coroner confirmed he was looking to retrieve his mobile phone. The park confirmed Young’s death in a statement.

“At 5pm, a guest entered a restricted, fenced area of Raptor and was struck by the ride,” Cedar Point tweeted.

“Our thoughts and prayers are with the family.”

“He jumped over a fence into a restricted area under the Raptor and was looking for his items,” Mr Frost said during a press conference.

Cedar Point is located near Lake Erie in Sandusky, Ohio, and considers itself one of the best theme parks in the world.