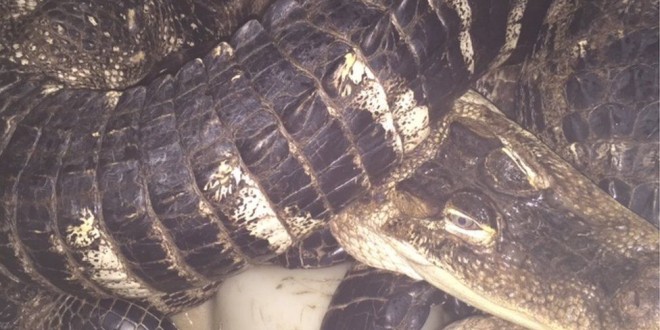 More than a hundred crocodiles, alligators and caimans have arrived at an animal sanctuary after being kept in a Toronto man’s home for 10 years.

The man, whose identity was not disclosed, called a local zoo asking for help after the animals grew too big for his home.

Despite being illegal in Toronto, reptiles are often sold as pets when they are very young and small.

Indian River Reptile Zoo called it the largest rescue in its history.

“I couldn’t believe what I was seeing,” Bry Loyst of the Indian River Reptile Zoo told the CBC. “I could not believe that somebody had that many crocodilians and raised them to adulthood. These were not baby little crocodiles. They were adults.”

Many of the animals measured about a metre in length. One was three metres long.

Mr Loyst said the man originally intended to run a business, selling the animals, but decided to keep them.

About 20 volunteers from the zoo rescued the reptiles by loading them onto trucks.

Most animals at the zoo were abandoned or rescued and cannot return to the wild because they are illegal or could spread disease.