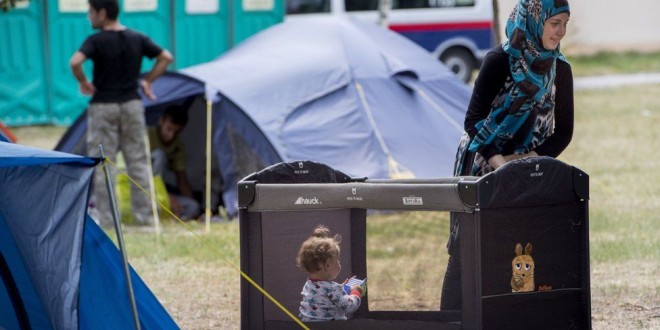 Amnesty says around 1,500 people are sleeping in the open air at the Traiskirchen centre near Vienna.

It describes the facility as insanitary and badly organised and says there is insufficient medical care.

The interior ministry said it was working to try to improve the situation at the camp.

It said Austria was facing an “extreme situation” because of a rise in the number of people seeking asylum there.

The head of the Austrian branch of Amnesty International, Heinz Pazelt, told the BBC the conditions in Traiskirchen were “shameful”, particularly in a rich country like Austria.

He said hundreds of unaccompanied minors were being severely neglected.

“They are just left alone and have to survive there. They are the last ones who get to eat, and this is a really heavy human rights violation of the convention for children,” he said.

The Amnesty report (in German) says many of the problems could be easily dealt with if there was better cooperation between the federal government and the provincial authorities in Austria.

Syrians, Kosovans and Afghans were the three biggest groups claiming asylum in Austria in early 2015, the agency says.