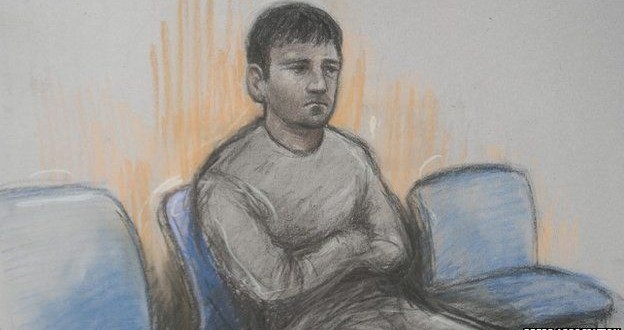 A UK trader accused of contributing to the 2010 US “flash crash” has been freed on bail after his conditions were changed.

Navinder Singh Sarao successfully argued he could not access bail of £5.05m because his assets had been frozen.

The US Justice Department (DoJ) wants him extradited on wire and commodities fraud and market manipulation charges.

He will return to his home for the first time since April.

The court forced him to disclose the whereabouts of his money and was told he had funds of more than £30m, £25.5m of it in Swiss accounts.

Mr Sarao told an earlier hearing at Westminster Magistrates’ Court that he had not “done anything wrong, apart from being good at my job”.

The other bail conditions are that he must stay at his parents’ address in Hounslow, west London, each night, and must not travel internationally or use the internet.

The court was also told that Mr Sarao had been diagnosed with severe Asperger’s syndrome.

A full extradition hearing is scheduled for 24-25 September.

The DoJ claims that Mr Sarao and his firm, Nav Sarao Futures, made £26m ($40m) illegally over five years.

He has been accused of using an “automated trading program” to manipulate markets, and of contributing to the flash crash of 6 May 2010. On that day, the Dow Jones index lost 700 points in a matter of minutes – wiping about $800bn off the value of US shares – before recovering just as quickly.

He was granted bail in April. But one condition of bail was that he put up £5m – money which he could not access because of a worldwide freezing order granted in the US.