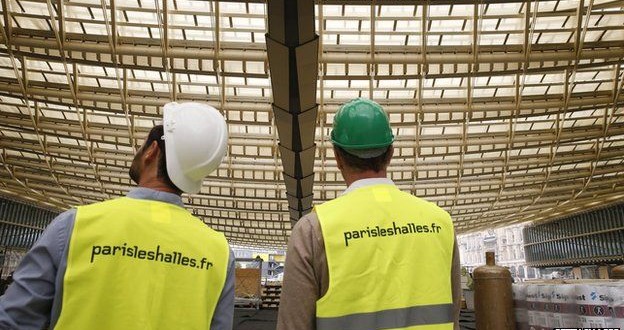 The economies of the 19 countries that use the euro grew by about 0.3% between April and June, according to official figures.

The first estimate from Eurostat marks a slight slowdown from the 0.4% registered in the first quarter.

The statistics agency also announced that inflation in the eurozone was 0.2% in July, unchanged from June’s figure.

Earlier, it was announced that France’s economy did not grow at all between April and June.

But growth in the first three months of the year was revised up from 0.6% to 0.7%, the statistics office Insee said.

Eleven member states reported deflation in the month, with Cyprus recording the biggest drop at -2.4%. Malta reported the most inflation at 1.2%.

French finance minister Michel Sapin said his country’s economy was still on track to reach the government’s forecast of 1% growth for the year.

He highlighted strong exports, which grew 1.7% in the quarter, having grown 1.3% in the previous quarter.

Growth in consumption by households slowed sharply from 0.9% to 0.1%, while production of goods and services contracted slightly.

Finland’s economy recorded a second quarter of contraction, down 0.4% having recorded negative growth of 0.1% in the first quarter.

On Thursday, preliminary figures from Greece suggested its economy grew a considerably better-than-expected 0.8% in the second quarter, while the first quarter’s figure was revised from a 0.2% contraction to zero growth.