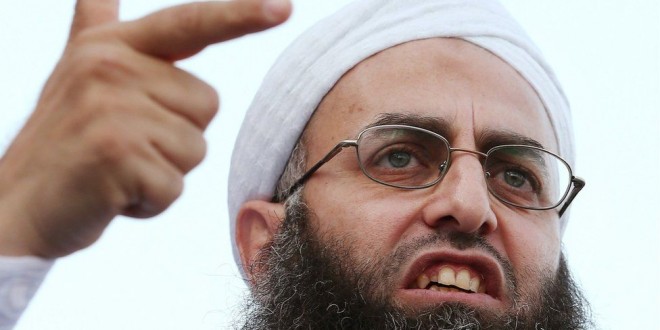 Lebanese authorities have arrested a fugitive radical Sunni preacher as he was trying to leave the country, officials say.

He had been on the run since clashes with the Lebanese army in 2013, which left at least 17 soldiers dead.

The cleric organised followers to fight alongside rebels in Syria in response to Hezbollah, the Lebanese Shia group which backs President Bashar al-Assad.

Sheikh Assir is wanted over an incident in June 2013 in which one of his men was caught with unauthorised weapons in his car at a military checkpoint in Sidon, 40km (28 miles) south of the capital, Beirut.

Witnesses at the time said machine guns and rockets were used – and when the army went to Mr Assir’s compound, it found heavy weapons and military-style uniforms.

Lebanese officials said he was arrested trying to fly to Egypt using a false passport, having “changed his appearance”.

Unconfirmed reports said he had shaved off his beard and undergone facial surgery.

BBC regional analyst Sebastian Usher says the media-savvy sheikh has been one of the fieriest voices in Lebanon, stoking up sectarian tensions as the Syrian war has raged next door.

Sheikh Assir built his reputation on television talkshows as a self-proclaimed defender of Sunni rights against the Shia movement, Hezbollah, and its backing of Syria’s President Assad, our analyst says.

Despite being on the run for two years, he has continued to issue video and audio messages.