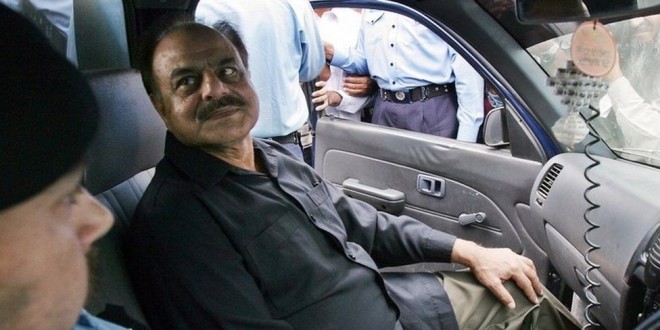 A former chief of Pakistan’s powerful military intelligence, Hamid Gul, has died at the age of 79.

One of the most outspoken military leaders of his generation in Pakistan, Gen Gul was known for his hardline Islamist views against the US and India.

The retired general died of a brain haemorrhage in the town of Murree, north-east of Islamabad.

While critics described him as a delusional conspiracy theorist who had little regard for democratic politics, hardline supporters considered him a patriotic Pakistani and a true Muslim, says the BBC Pakistan correspondent Shahzeb Jillani.

For more than two decades after he retired in 1992, Gen Gul frequently appeared on global news media often blaming Washington and Delhi for violence and instability in Pakistan

He was often seen at hardline Islamist rallies alongside militant leaders considered close to the Pakistani army.

In a BBC interview in 2010, Gen Gul said: “America is history, Karzai is history, the Taliban are the future.”

A self-styled master strategist, Gen Gul spent much of his time since retiring as a pundit propounding various conspiracy theories. Once a close ally of the American CIA, he became passionately anti-US. After the 11 September attacks, he was seen as a prominent apologist for Osama Bin Laden and jihadi groups. He was seen as a hero by pro-army, right-wing clerics and politicians. His critics say he reflected an aggressive and often delusional military mindset.

Gen Gul derived much of his significance from his brief two-year stint as director-general of the ISI. The late eighties were a crucial time in the region. The Afghan war against the Soviets was coming to an end and the Kashmiri insurgency against India was starting.

In Pakistan, Gen Gul’s mentor President General Zia ul-Haq died in a mysterious plane crash in August 1988, paving the way for first party-based national polls in eleven years. As Pakistan’s chief spymaster, Gen Gul played a key role in influencing and shaping those events. His supporters credit him with diverting fighters, funds and guns from the Afghan Jihad to the Kashmir front. At home, he was accused of rigging the 1988 election by propping up a hardline Islamist alliance to prevent Benazir Bhutto from coming into power.