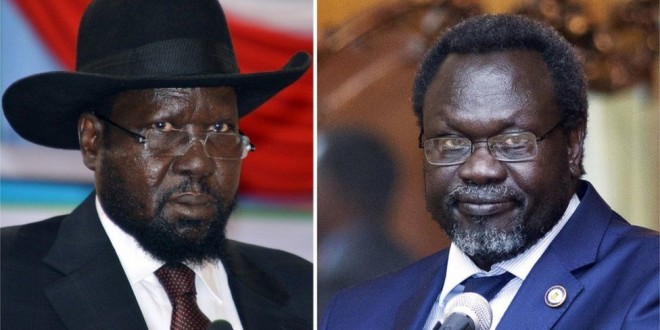 The two sides from the conflict in South Sudan are meeting in Ethiopia’s capital Addis Ababa, on the day a deadline expires for them to sign a peace deal, or face sanctions.

President Salva Kiir and rebel leader Riek Machar are under intense pressure to make an agreement, after the failure of previous deals to end the conflict.

The presidents of Uganda, Kenya and Ethiopia are also at the summit.

Several previous efforts to end the conflict have failed.

Thousands have died and more than two million have been displaced since fighting broke out in 2013.