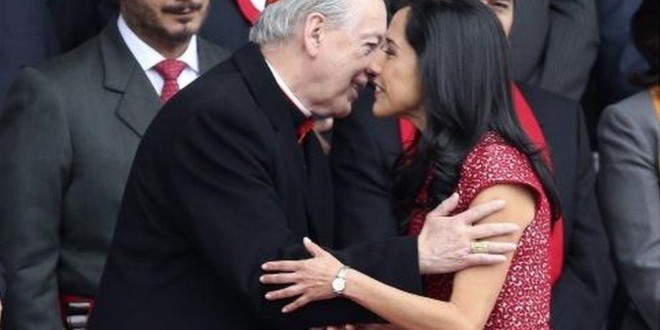 One of Peru’s main newspapers says it will not publish any more articles by Lima’s Roman Catholic archbishop, Cardinal Juan Luis Cipriani.

El Comercio made the decision after it was disclosed that Cardinal Cipriani had used the writings of former popes without attributing them.

The newspaper said it had been proven that he had plagiarised Pope Benedict XVI and Pope Paul VI.

The prelate apologised to his followers for not having mentioned his sources.

“All my teachings come from the pontiffs of the Church,” he said. “I would constantly have to say: as Pope so and so said…”

Cardinal Cipriani added that popes had no property rights over their words, as they were part of the heritage of the faith.

Last week a Peruvian website, Utero.pe, accused Lima’s archbishop of including six paragraphs from the book Communio by Pope Benedict (then Cardinal Joseph Ratzinger) and parts of the Ecclesiam suam, an encyclical by Pope Paul VI, in his editorials for El Comercio.

Following the revelation, the newspaper deleted two articles by the cardinal and said it would not publish him again.