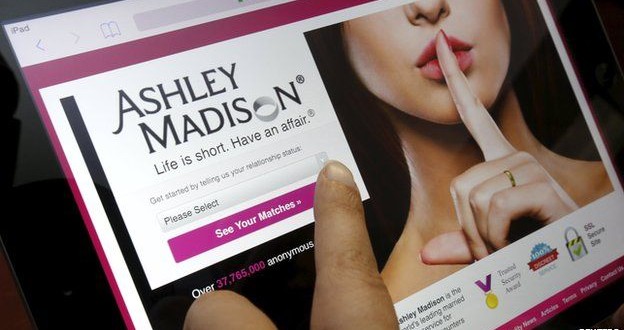 Customer data stolen from Ashley Madison, a dating website for married people who wish to cheat on their spouse, has reportedly been published.

The data has reportedly been leaked on the so called dark web, meaning it is accessible only via encrypted browsers.

The BBC did not access the data and was not able to verify its authenticity.

Hackers stole the data last month and threatened to reveal it unless the match making site for married people was taken down.

Technology website Wired said 9.7 gigabytes of data was posted, and the material appeared to include members accounts and credit card details.

The hackers, who called themselves the Impact Team, said they had managed to steal the real names and addresses of the site’s users, including those who had previously paid to “delete” their accounts.

Small pieces of the data had already been leaked in July.

In a statement, Canada-based Avid Life Media, the company behind Ashley Madison said it had “now learned that the individual or individuals responsible for this attack claim to have released more of the stolen data”.

Describing the hack as “an act of criminality”, the company said it was fully cooperating with law enforcement to find the hackers.

“The criminal, or criminals, involved in this act have appointed themselves as the moral judge, juror, and executioner, seeing fit to impose a personal notion of virtue on all of society. We will not sit idly by and allow these thieves to force their personal ideology on citizens around the world,” the statement said.

Ashley Madison says it operates in more than 50 countries and has 37 million users, more than a million of whom live in the UK.

It promotes its service with the tagline, “Life is short, have an affair.”