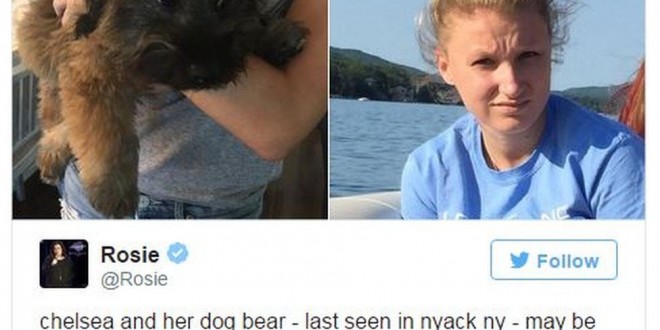 US talk show host Rosie O’Donnell has said her daughter who went missing a week ago has been found.

The comedian tweeted that Chelsea “has been found and is safe in police custody – thank u all for the help and light”.

The 17-year-old was reported missing to police in Nyack, New York state, on 11 August after failing to return home.

O’Donnell, 53, had asked for the public’s help in finding her adopted daughter, who was with a therapy dog.

Chelsea had stopped taking prescribed medication when she went missing.