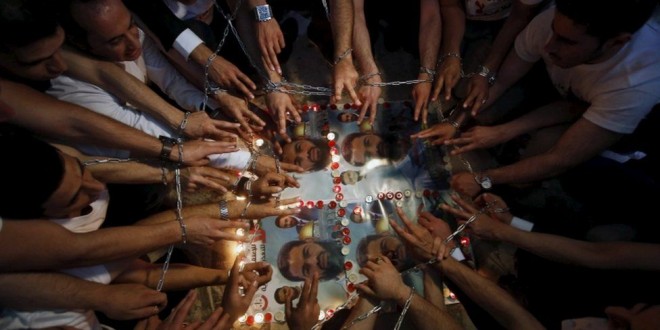 Israel’s Supreme Court is suspending the detention of a Palestinian hunger striker who has suffered brain damage after 65 days without food.

Mohammed Allan, an alleged member of the militant group Islamic Jihad, began refusing food in June in protest at his indefinite administrative detention.

Israel had offered to release him in early November in return for him ending his hunger strike.

Doctors say Mr Allan is in a serious condition in hospital in Ashkelon.

“Due to the petitioner’s medical condition he will remain in intensive care,” the court ruling said.

“This means that for now, owing to the hunger striker’s medical condition, the administrative detention order is no longer operative.”

The court said his family could visit him but he should remain in hospital until any further decision was taken on his future.

The Israeli justice ministry has alleged that Mr Allan is involved in “grave terrorism”. It says that “classified information” warrants keeping him detained.

Mr Allan denies the allegations and any involvement with Islamic Jihad.

Mr Allan began the hunger strike on 16 June in protest against his incarceration since November 2014 under what Israel calls administrative detention.

The system allows a military court to order suspects to be detained indefinitely, subject to renewal every six months by the court, without charge or trial.

He lost consciousness and was placed on a respirator on Friday after his lungs stopped working and he had seizures. He was also given salts and minerals intravenously.

On Tuesday, he regained consciousness and told his lawyers that he would stop consuming water within 24 hours if there was no acceptable deal to release him.

On Wednesday the court ordered medical tests to be carried out on Mr Allan to determine the level of brain damage, promising that he would be freed if it was irreversible.

A doctor at the hospital told the Associated Press news agency the hunger striker was “incoherent” and “not connecting with his surroundings”.

“There is some damage in a part of the brain that was probably caused by a lack of vitamins… and it is expressed in other systems of his body,” Dr Hezy Levy said, adding that he could not predict whether the damage was reversible.

There are fears that violence in the Israeli-occupied West Bank might escalate if Mr Allan dies.

Tensions have soared in recent weeks since an arson attack on a Palestinian home that killed an 18-month-old boy and his father.