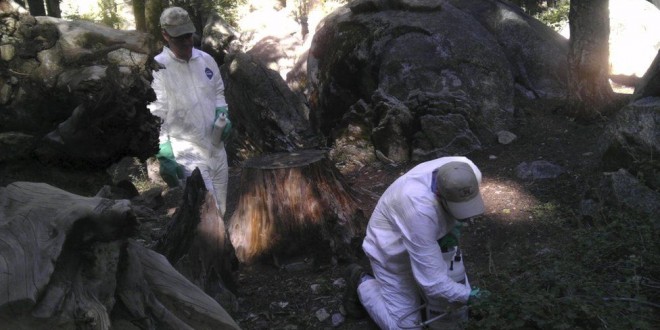 US health officials have closed a portion of Yosemite National Park after it emerged that a second tourist might have contracted plague.

Authorities believe the disease, which is treatable with antibiotics, was spread by squirrels and fleas.

The tourist’s camp site – the Tuolumne Meadows Campground – will be closed until Friday as workers treat the area with insecticide.

A California child fell ill last month, but has recovered.

The latest suspected case is a person from Georgia who visited the Sierra National Forest in early August, but officials did not give further details.

Symptoms of the plague include high fever, chills, nausea, weakness and swollen lymph nodes in the neck, armpit or groin. If left untreated, the disease can be fatal.

There are three main types of plague depending on how the infection manifests. The bubonic plague is characterised by swollen lymph nodes. Pneumonic plague affects the respiratory system. It becomes septicaemic if it is found in the bloodstream.

Since 1970, 40 cases of plague have been reported in California, and nine people have died from the disease. Health officials commonly find plague-infected animals but human cases are relatively rare.

“The risk of exposure to people is very low,” Dr Vicki Kramer of the California Department of Public Health told the Los Angeles Times.