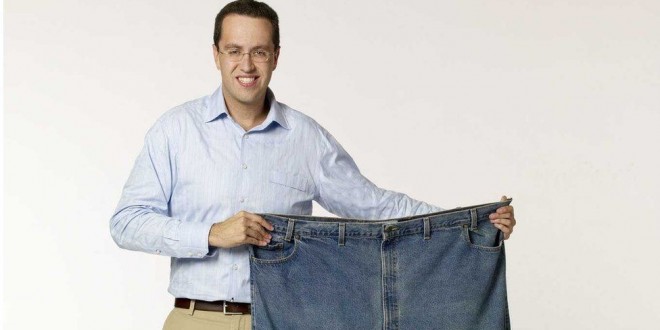 Subway’s former spokesman, Jared Fogle, has agreed to plead guilty to charges that he paid to have sex with minors and possessed child pornography, court documents show.

Subway cut ties with Mr Fogle after authorities searched his home in July.

Mr Fogle began appearing in the restaurant chain’s ads in 2000 after he lost a large amount of weight by eating Subway sandwiches.

He faces up to 12 years in prison and must pay restitution to his 14 victims.

Court documents released by federal prosecutors on Wednesday show Mr Fogle, 37, is entering a guilty plea to charges of distributing and receiving child pornography and another count of travelling to engage in illicit sexual conduct with a minor. He is due to make a formal plea at a later date.

‘Exploited his wealth and status’

According to the document, Mr Fogle paid a 17-year-old girl who he had found online to engage in sex acts while he was staying at the Plaza Hotel in New York in 2012.

He also offered to pay adult prostitutes a finder’s fee for putting him in touch with minors for sex acts, including some as young as 14.

The documents also allege the ex-Subway spokesman received sexually explicit material produced by Russell Taylor, the executive director of a charity set up to combat childhood obesity – the Jared Foundation.

Some of the images he obtained featured children as young as six, prosecutors say.

Mr Taylor, who was arrested in April, has been charged with seven counts of production and one count of possession of child pornography. In May, he reportedly tried to kill himself in jail and was briefly hospitalised.

According to the documents, Mr Fogle’s recommended sentencing could range from five to 12 years. He has also agreed to pay $1.4m (£895,000) in compensation to 14 minor victims.

His defence lawyer said he was suffering from a “medical problem” and would be seeking a psychological evaluation.

Separately on Wednesday, Mr Fogle’s wife announced she was seeking a divorce and said she was “extremely shocked and disappointed” by the allegations.

Mr Fogle’s ad campaign was seen as a huge success, promoting Subway restaurants in the US as a healthy alternative to fast food rivals like McDonald’s.