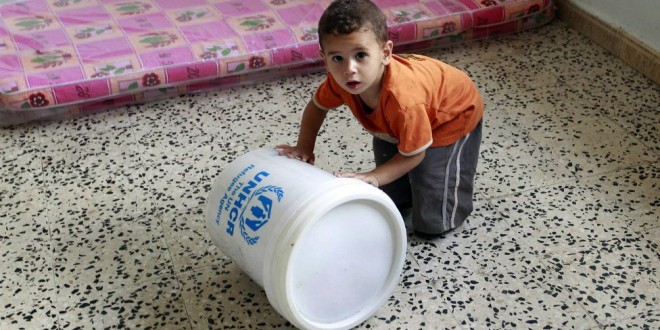 Yemen 'on brink of famine'

Months of conflict in Yemen has pushed the country to the brink of famine, according to a top United Nations official.

Ertharin Cousin, head of the UN’s World Food Programme (WFP), said markets in the country do not have enough food to feed the population.

Aid agencies are also unable to reach areas of need because of the ongoing violence, she added.

The conflict has involved Houthi rebel fighters clashing in many places with forces loyal to the Saudi-backed Yemeni government and its allies.

Ms Cousin, who was speaking in Cairo after a three-day trip to Yemen, said fighting around the major ports is stalling deliveries of aid.

She said Yemen faced the “perfect storm” because those people most in need were not being reached and aid groups working there were not getting enough financial support from donors.

Meanwhile, UN humanitarian chief Stephen O’Brien, who has also just returned from Yemen, told the UN Security Council on Wednesday that “the scale of human suffering is almost incomprehensible”.

He also strongly criticised the Saudi-led coalition in Yemen for bombing the port of Hodeida, saying it was a violation of international humanitarian law.

A UN World Food Programme ship was in the port, which is on the country’s west coast, when it was hit by airstrikes on Tuesday night.

“I am extremely concerned that the damage to the port of Hodeida could have a severe impact on the entire country and will deepen humanitarian needs,” Mr O’Brien said.

The UN has raised Yemen to its highest level of humanitarian crisis, placing it alongside emergencies in South Sudan, Syria and Iraq.

Nearly 2,000 civilians are said to have died since the coalition began its bombing campaign in support of the exiled government in March.

More than 21 million people in Yemen – about 80% of the population – are in need of help, according to the UN.

Meeting the Houthis and their enemies