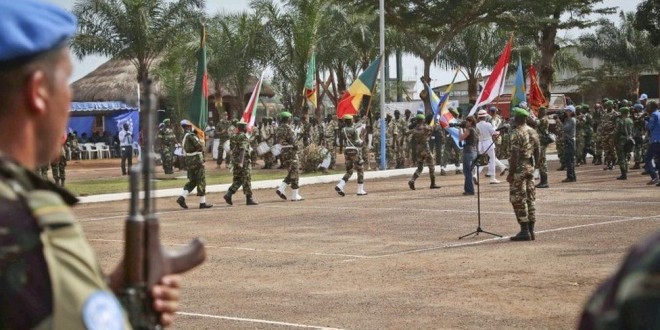 Members of the the United Nations peacekeeping mission in the Central African Republic (CAR) have been accused of sexually abusing three young females, including a minor.

The latest allegations follow the sacking last week of the UN’s CAR envoy amid multiple allegations of sexual abuse by peacekeepers.

The UN said that alleged rapes occurred on an unspecified date in Bambari city.

A statement from the peacekeeping mission, issued in French on Wednesday, said that UN headquarters was “immediately informed” of the most recent allegations and that “all available evidence” was being collected.

Ms Maestracci said that Bambari is where troops from the Democratic Republic of the Congo (DRC) are deployed. There had been no comment from the DRC over the allegations.

The peacekeeping mission is also being probed over its handling of alleged child sexual abuse by French troops last year, in which children as young as nine said they had provided sex in exchange for food.

The UN mission in CAR took over from a smaller African Union force in September 2014.

Last week UN envoy to the CAR Babacar Gaye was sacked by UN chief Ban Ki-moon who said that he was “anguished, angered and ashamed by recurrent reports over the years of reports of sex abuse and exploitation by UN forces”.

Violence in CAR escalated in March 2013 when mainly Muslim rebels seized power and the country descended into ethnic and religious violence, with tens of thousands of people fleeing their homes.