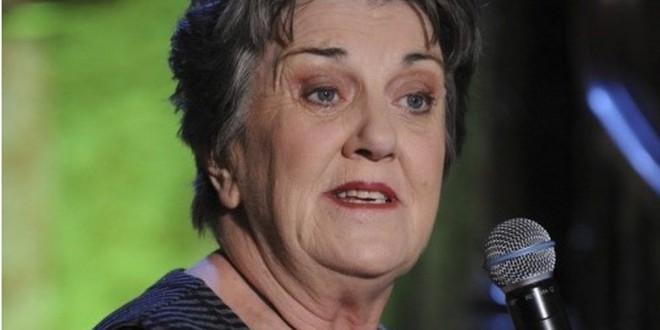 Australian actor Maggie Kirkpatrick has been found guilty by a court in Melbourne of sexually abusing a girl under 14 in 1984.

Kirkpatrick, aged 74 and one of the stars of 1980s Australian TV drama Prisoner Cell Block H, had denied charges of gross indecency.

But the court ruled she had abused the girl at her home in Prahan, Victoria.

Kirkpatrick was ordered to return to court on Friday, when she will be sentenced to community service.

In a statement read to the court, the unnamed victim said she had organised a meeting with Kirkpatrick through a TV producer while she was a patient in a psychiatric hospital.

She said said she had not reported the abuse until recently because she feared people would call her “crazy”.

Kirkpatrick played a warden called Joan, nicknamed The Freak, in Prisoner, a popular series set in a women’s prison.

She later appeared in a host of other Australian TV shows and in 1991 played Marilyn’s aunt Jean Chambers in Home and Away. Her most recent role was in a stage production of the musical Wicked.