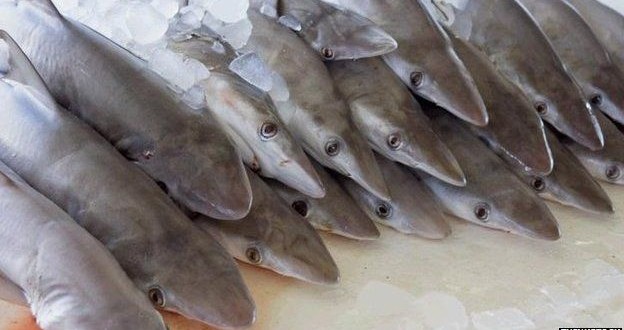 Humans’ status as a unique super-predator is laid bare in a new study published in Science magazine.

The analysis of global data details the ruthlessness of our hunting practices and the impacts we have on prey.

It shows how humans typically take out adult fish populations at 14 times the rate that marine animals do themselves.

And on land, we kill top carnivores, such as bears, wolves and lions, at nine times their own self-predation rate.

But perhaps the most striking observation, say authors Chris Darimont and colleagues, is the way human beings focus so heavily on taking down adult prey.

This is quite different from the rest of the animal kingdom, for which the juveniles of a species tend to be the most exploited.

Part of this is explained by the tools that human hunters exclusively can deploy.

We can tackle adult prey at minimal cost, and so gain maximum, short-term reward, explained Prof Darimont from the University of Victoria (UoV), Canada.

“Hunters ‘capture’ mammals with bullets, and fishes with hooks and nets. They assume minimal risk compared with non-human predators, especially terrestrial carnivores, which are often injured while living what amounts to a dangerous lifestyle.”

This concentration on large adult prey is triggering extinctions, as well as driving an evolutionary shift towards smaller fish sizes and disrupting global food chains, say the authors.

Prof Tom Reimchen, a UoV co-author on the study, uses a financial analogy to explain the damaging consequences of hitting adult populations hardest.

He calls the adults the system’s “reproductive capital” – the equivalent of the capital held in a bank account or a pension fund. And he says we are eating into this capital when we should really be living off the interest – the juveniles, which many species will produce in colossal numbers, expecting a good fraction to be doomed from the moment they are born via predation, starvation, disease, accidents and more.

The heavily biased preference for adults was not a sustainable strategy long-term, which ought to be clear from fundamental biology, argued Prof Darimont: “In the overwhelming number of cases as fishes age, they become more fecund. That is to say, they produce more eggs, have more babies, and, in fact, in many cases, many of those babies are more likely to survive and reproduce themselves.

“So when a predator targets that reproductive age class and especially the larger more fecund animals in those populations, we are dialling back the reproductive capacity of populations.”

However, much of the standard conservation management today is based on the notion that it is the “tiddlers” that should be let go, to ensure robust numbers for the next generation. Trawl nets are often designed specifically to support this approach.

Doing it the other way would be challenging, but the technical solutions were available, said Prof Reimchen.

As for quotas, these should more closely align with the numbers taken out by natural predators, the team suggests.

He described the research as an interesting study that aimed to put some actual numbers on phenomena that many in the field would recognize.

But he cautioned that as broad as the investigation was, the data was still sparse, especially in the marine environment.

And as for refocusing the age class to take more juveniles, Dr Carbone argued that it would very much depend on the species in question. Not all species would react in the same way. But he said there was perhaps an even more fundamental problem, which was the density of human predators versus their prey.

“We exist at vastly higher densities than natural predators,” he told BBC News.

“It might be that 100 zebras could support a lion, but in the case of humans we can outnumber our prey in many instances, and that throws the system. So even if we didn’t have the efficient hunting technology, we’d still have problems with sustainability.”