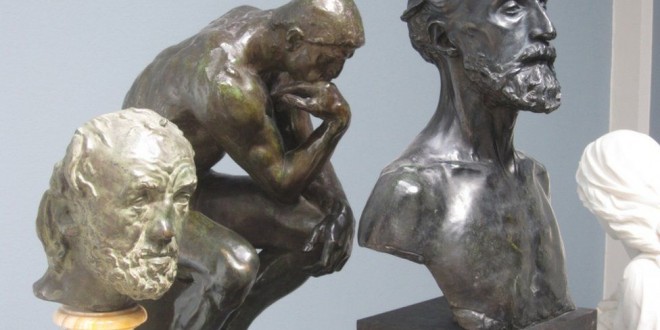 Police in Denmark are hunting for two thieves who stole a small bust by the French sculptor Auguste Rodin from a museum in Copenhagen in broad daylight.

The theft of the bronze sculpture happened in July but police have just released CCTV footage of the robbery.

It shows two men walking into the Glypoteket museum and removing The Man with the Broken Nose from its plinth before walking out.

Danish police say they believe the thieves visited the museum a week before the theft in order to loosen the sculpture from its base and disable the alarm.

Interpol and Europol have now joined the hunt for the men.