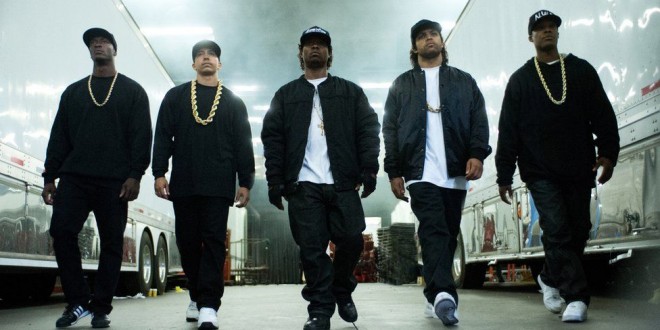 Dr Dre has said sorry to the women he has “hurt”.

The musician, whose life is chronicled in the film Straight Outta Compton, has not given a specific reason for the apology.

In comments published on the New York Times website he said: “I deeply regret what I did and know that it has forever impacted all of our lives.”

A number of women have claimed that the 50-year-old has been violent towards them in the past.

Dre pleaded no contest to charges of criminal battery after a journalist, Dee Barnes, accused him of attacking her in 1991.

In the last week she has published a story about the assault.

Michel’le, a former girlfriend of Dre’s, also accuses him of violence.

In his statement, Dre said that at the start of the 1990s, he was “a young man drinking too much and in over my head with no real structure in my life.

“However, none of this is an excuse for what I did. I’ve been married for 19 years and every day I’m working to be a better man for my family, seeking guidance along the way.

“I’m doing everything I can so I never resemble that man again.”

Straight Outta Compton, which is about the early years of Dre’s rap group NWA, has been a hit at the US box office.

Critics have accused the filmmakers of shying away from mentioning what happened with Ms Barnes, or from talking about any of the other accusations of Dre being violent.

In an interview with Newsbeat, one of the stars said that certain events were not left out of the film on purpose.

“It’s impossible to fit 10 years into two and a half hours,” said O’Shea Jackson Jr, who plays Ice Cube.

“Everything that is in the film are things that fall under NWA. They didn’t have enough time to go towards everyone’s individual stories.”

Apple has also released a statement about Dre. The company became associated with the musician after buying the company he started, Beats, for £3bn (£1.9bn) last year.

“Dre has apologised for the mistakes he’s made in the past and he’s said that he’s not the same person that he was 25 years ago,” the statement said.

“We believe his sincerity and after working with him for a year and a half, we have every reason to believe that he has changed.”