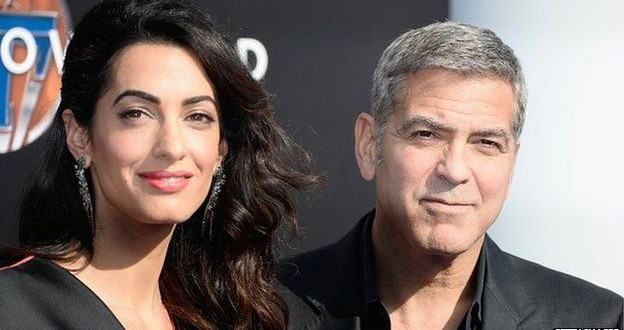 George Clooney has been given permission to install 18 CCTV cameras at his £10m country home.

The film star and his lawyer wife Amal want to erect the cameras on poles up to 5m (16ft) high in the grounds of their manor house in Sonning Eye, on the Oxfordshire-Berkshire border.

But the planned height of the poles was reduced and the complaint was dropped.

South Oxfordshire District Council says planning permission has now been granted as the CCTV system will not be detrimental to the special architectural and historical interest of the listed building.

It is located on an island in the River Thames on the county border between Oxfordshire and Berkshire.

The Hollywood star bought the property in late 2014.