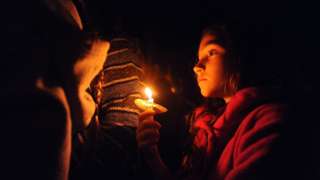 Three killed in US street rampage

Police are saying little about why a man killed three people at random on the streets of Colorado Springs.

The unidentified gunman was shot dead by police after roaming the streets with a rifle and a revolver in broad daylight on Saturday.

Officials have released few details but accounts by friends and witnesses suggest the victims were not connected.

The dead include two women relaxing outside an addiction recovery centre and a cyclist who begged for his life.

The gunman shot the cyclist first before moving on to kill the two women.

“His last words were ‘Please God, no,'” said Teresa Willingham, a witness to the first shooting. “He was just at the wrong place at the wrong time.”

The cyclist was left lying face down in the street with his bike, while the gunman walked approximately half a mile (0.8km) to a home for women recovering from addiction.

It was there that the two women were shot while relaxing on the porch of the home.

“He walked calmly and collectedly. His demeanour was like he was having a stroll in the park,” said Matthew Abshire, who heard the shots and followed the gunman down the street.

Police confronted the man outside a nearby burger restaurant.

An eyewitness told a local television station that police instructed the gunman to drop his weapons, before they “shot at him a good 20 times”.