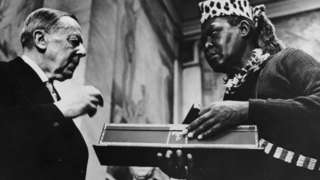 The Nobel Peace Prize, first awarded in 1901, has this year gone to four civil society groups in Tunisia.

The winner is selected by the Norwegian Nobel Committee, on behalf of Swedish industrialist Alfred Nobel’s estate, and awarded to whoever “shall have done the most or the best work for fraternity between nations, for the abolition or reduction of standing armies and for the holding and promotion of peace congresses”.

Over the years, 10 individuals from Africa have been honoured for their efforts:

“For their work for the peaceful termination of the apartheid regime, and for laying the foundations for a new democratic South Africa”

“For their work for a better organised and more peaceful world”

“For her contribution to sustainable development, democracy and peace”

“For its decisive contribution to the building of a pluralistic democracy in Tunisia in the wake of the Jasmine Revolution of 2011.”