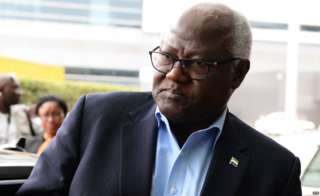 The World Health Organization (WHO) delayed Sierra Leone from declaring a state of emergency and restricting movement during the Ebola outbreak, the country’s president has told the BBC.

President Ernest Bai Koroma said he had had “conflicts” with WHO advisers.

Nearly 4,000 people died from the Ebola outbreak in Sierra Leone.

The country will be officially declared free of the virus on Saturday, when it is due to mark 42 days since the last patient was discharged.

Mr Koroma told the BBC’s Umaru Fofana that on issues such as restricting movement, “we wanted to move on… but the advice was to the contrary”.

He said his government had to put up with the delays because international organisations such as the WHO “were the experts”.

“They have the resources and the knowledge to help us in the fight.”

The WHO has previously acknowledged failures in its handling of the outbreak. BBC News has invited the organisation to respond to Mr Koroma’s remarks.

Mr Koroma was discussing his frustrations hours before Sierra Leone was due to be declared free of Ebola.

He said it was the end of a “difficult and turbulent journey”.

“It’s a moment of great celebration for our people, a feeling of achievement, a feeling of getting out of the thick woods that we found ourselves [in].”

The president said in the event of another outbreak, he would introduce counter-measures far sooner.

More than 11,000 people in West Africa are thought to have died from the deadliest occurrence of Ebola since the virus was discovered in 1976.