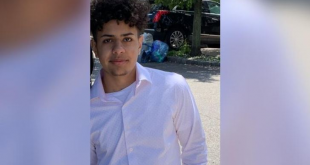 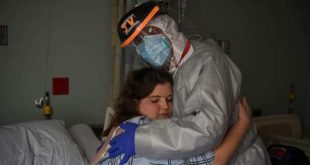 Two marshals in the US state of Louisiana are to be charged with murder after the fatal shooting of a six-year-old boy.

Jeremy Mardis and his father, Chris Few, were in a car when they were shot in Marksville on Tuesday night.

Officers Norris Greenhouse and Derrick Stafford were arrested after a vehicle chase that left Mr Few, who was driving, critically injured.

Jeremy died at the scene and Mr Few remains in hospital.

The two officers were arrested on Friday after body-camera footage taken from them was assessed.

It is still unclear what led them to pursue Mr Few and what triggered the shooting.

Both were working secondary jobs in Marksville as marshals when the shooting happened, Col Michael Edmonson of Louisiana state police told a news conference.

“He [Jeremy Mardis] didn’t deserve to die like that and that’s what’s important,” Col Edmonson said.

Referring to the body-camera footage of the incident, Col Edmondson added: “I can tell you, it is the most disturbing thing I’ve seen, and I’ll leave it like that.”

The two officers have been charged with murder and attempted murder over the shooting.

Mr Few’s stepfather, Morris German, said that Jeremy was a delightful child who “loved everything, everybody”, the AP news agency reported.

Mr German said the boy, who had been diagnosed with autism, had no siblings.