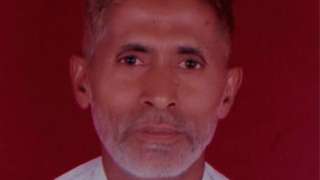 A commission of inquiry in India has concluded that the lynching of a man over rumours he kept and consumed beef was premeditated and not spontaneous.

A panel from the National Commission for Minorities visited the village of Bisada, near Delhi, where Mohammad Akhlaq, a Muslim, was beaten to death.

It said a Hindu temple had been used to plan the attack.

Government ministers from the Hindu nationalist BJP have said the incident was a spontaneous expression of anger.

In recent weeks three Muslim men have been killed by Hindus accusing them of eating or smuggling beef.

Two weeks later he called it “sad and undesirable”.

Mr Akhlaq, a farm worker in the state of Uttar Pradesh, was asleep next to his son last month when a mob burst in wielding sticks, swords and pistols.

The villagers accused the nine-member family of having slaughtered and consumed a cow.

Mr Akhlaq and his son were beaten with bricks, kicked and stabbed repeatedly.

Hindus consider cows to be sacred, and for many, eating beef is taboo.

Some meat found in the fridge was held to be proof that beef had been eaten. Later, tests confirmed it was goat meat.

The team of investigators concluded in its report that the mob violence against Mr Akhlaq and his family had been planned and a Hindu temple was used “to exhort people of one community to attack a hapless family”.

Mr Khan said an announcement by the temple that beef had been found provoked the assault.

The ability of so many people to amass within minutes “at a time when most villagers claimed they were asleep, seems to point to some premeditated planning,” the report said.

There is a separate, ongoing police investigation into the case.

Muslims are the largest minority making up 13% of the country’s 1.2bn people.