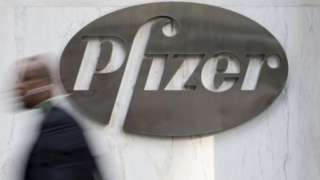 US drugs giant Pfizer has sealed a deal to buy Botox-maker Allergan for $160bn (£106bn) in what is the biggest pharmaceuticals deal in history.

The takeover could allow Pfizer to escape relatively high US corporate tax rates by moving its headquarters to Allergan’s headquarters in Dublin.

The merged firm will be the world’s biggest drug maker by sales.

Pfizer shareholders will receive one share for each of their Pfizer shares.

Both Pfizer and Allergan shares were down 2.1% in early trading in New York following the announcement.

The merged business will be called Pfizer Plc. The companies said they expected the deal to be completed in the second half of 2016, subject to regulatory approval in the US the and in Europe.

Pfizer said is expects the merger would see $2bn in savings in the first three years of combined operation.

“The proposed combination of Pfizer and Allergan will create a leading global pharmaceutical company with the strength to research, discover and deliver more medicines and more therapies to more people around the world,” said Mr Read.

Critically, the terms of the deal propose that the merged company will maintain Allergan’s Irish domicile. This means the profits of the new company would be subject to corporation tax of 12.5%, much lower than the 35% Pfizer is currently subject to in the US.

Last year, Pfizer made an offer to buy AstraZeneca in a move that analysts said was designed to reduce Pfizer’s tax bill. The UK drugs group rejected the bid, arguing it undervalued the company,

Explaining Allergan’s motives, Mr Saunders said: “This bold action is the next chapter in the successful transformation of Allergan, allowing us to operate with greater resources at a much bigger scale.”

The deal is the latest in a series of mergers and acquisitions in the sector, as pharmaceuticals companies struggle to cope with patents on a number of major drugs expiring.

“The pharmaceutical sector, which has had over $220bn of deals in the first half of 2015 alone, will be buoyed further by the proposed purchase of Allergan by Pfizer, the largest pharma deal ever at $160 billion, surpassing the $116 billion Pfizer paid for Warner Lambert in 2000,” said Ketan Patel at EdenTree Investment Management.

“The deal is also the biggest [tax] inversion deal.”