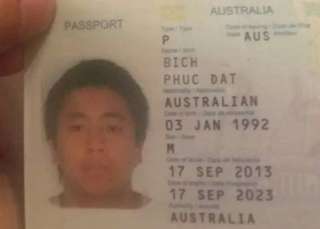 An Australian calling himself Phuc Dat Bich who made global headlines after saying he was fighting to use his real name on Facebook admits it was hoax.

He said what had started as a joke between friends “became a prank that made a fool out of the media”.

But he said it also brought out the best in people and gave encouragement to people with “truly interesting and idiosyncratic names”.

The Facebook user, whose profile still shows him as Phuc Dat Bich, had said back in January that he found it “highly irritating the fact that nobody seems to believe me when I say that my full legal name is how you see it”.

He posted a picture of his passport showing his name, and said he had had his Facebook account “shut down multiple times”. Posts under that name date back to at least 2014.

The story was picked up last week – first by social media then by the world’s media, including by the BBC.

Earlier this week, he even went as far as thanking his supporters, saying he hoped he had “played a part in brightening your days”.

But in a surprise on Wednesday he said: “Do you remember the story; The boy who cried wolf?

“Imagine that boy grew up into a mischievous man with 21st Century technology at his finger tips.

“What started as a joke between friends, became a prank that made a fool out of the media.

But he also said Facebook “needs to understand that it is utterly impossible to legitimise a place where there will always be pranksters and tricksters”.

Mr Bich/Carr said his “ordeal” had taught him “not to trust the credibility of the media” and that it “goes to show that an average joe like myself can con the biggest news sources with ease”.

But he also praised the response to his prank saying it “didn’t bring out the anger and darkness that we often see on the internet, but it brought a levity and humanity in a time we need it most.”

It is not clear if he photoshopped his passport. Physically altering a valid passport would be illegal.