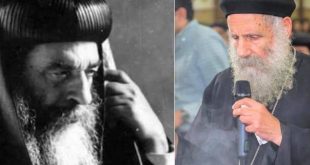 Smartphones, tablets and e-readers should have an automatic “bedtime mode” that stops them disrupting people’s sleep, says a leading doctor.

Prof Paul Gringras argued the setting should filter out the blue light that delays the body clock and keeps people awake later into the evening.

The doctor, from Evelina Children’s Hospital in London, said every new model was “bluer and brighter”.

As it gets darker in the evening, the body starts to produce the sleep hormone melatonin – which helps people nod off.

Certain wavelengths of light, those at the blue-green end of the spectrum, can disrupt the system.

Prof Gringras was part of a study, published in Frontiers in Public Health, analysing the light emitted by devices.

It concluded there was a clear trend for new devices to be bigger, brighter, have higher levels of contrast and emit more blue light.

The professor of children’s sleep medicine told the BBC News website: “That is great for use in the day, but awful for use at night.

“There is converging data to say if you are in front of one of these devices at night-time it could prevent you falling asleep by an extra hour.”

He said some sleep-aware apps had already been designed to reduce blue-green light emissions.

And that a bedtime mode could automatically filter out the blue as software such as f.lux already does.

He said there needed to be “more responsibility from manufacturers” and the “key is to automate it”.

Prof Gringras added: “It’s not good enough to say do less and accept this is the world we live in, they’re fun devices but we do need some protection on what they do at night-time.”