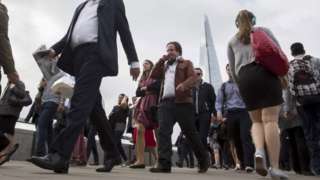 The World Economic Forum believes it will take another 118 years – or until 2133 – until the global pay gap between men and women is finally closed.

Women are only now earning the amount that men did in 2006, data from the WEF’s Global Gender Gap report says.

It says progress on closing the gap has stalled in recent years at a time when more women are entering the workplace.

In fact, nearly a quarter of a billion more women are in the global workforce today than a decade ago.

In several countries, more women are now going to university than men but – crucially – this is not necessarily translating into more women occupying skilled roles or leadership positions.

The WEF report looks at whether men and women have the same rights and opportunities in each country in four areas: health, education, economic participation and political empowerment.

How equal are you? Click through to find out how your country ranks for gender equality

Nordic countries are still doing the most to close the gender gap overall, just as they were 10 years ago. They may not have achieved total equality, but Iceland (1), Norway (2), Finland (3) and Sweden (4) occupy the top four rankings out of 145 countries.

“They have the best policies in the world for families,” says the report’s lead author, Saadia Zahidi. “Their childcare systems are the best and they have the best laws on paternity, maternity and family leave.”

Not far behind, though, is Rwanda (6) which sits above the US and the UK in the index. Its high score is down to the number of female politicians active in the country.

After the genocide there, a special effort was made to bring more women into politics. Now 64% of its parliamentarians are female. The country also has more women in its labour force than men.

Struggle to the top

Over the last decade one of the most dramatic changes has been in education. In fact, the report shows that a reverse gender gap is emerging in higher education, with more women in university than men in 98 countries.

And as more women go to university, families want to see a financial return on that education. Sixty-eight countries in the world now have more women than men in skilled positions, such as doctors, teachers and lawyers.

But despite this, women still do not seem to reach the top positions in business, politics or public service in the same way that men do. The WEF believes only three countries have more women than men in leadership positions: the Philippines, Fiji and Columbia.

There may be some eyebrows raised that Saudi Arabia (134) scores more highly than Jordan or Lebanon. But Ms Zahidi is convinced that change is being made there under the surface.

“It’s actually one of the countries that has made the most progress over the last 10 years,” she says. “There’s a pretty clear strategy in place by the Ministry of Labour to try to get more women into the workplace.”

The global picture, though, is not always one of continual progress toward equality. A handful of countries have been moving backwards in the index: Jordan, Mali, Croatia, Slovak Republic and Sri Lanka.

And the authors say they are particularly disappointed that progress on closing the wage gap has been “stalling markedly” in the last few years.

Ms Zahidi says this may be down to the fact there are much better data. “There’s now a much higher awareness of the problem and some corrective measures have been put in place but perhaps they haven’t yet paid off,” she says.

So where does the fight for gender equality go next?

Ms Zahidi is convinced that attitudes still need to change in the home – not just inside governments or big businesses.

“Unless we start changing the culture around the division of labour at home there’s always going to be that extra burden on women,” she says. “That means we’re not going to be able to maintain those high levels of women joining the workforce all the way through to middle management and senior positions.”