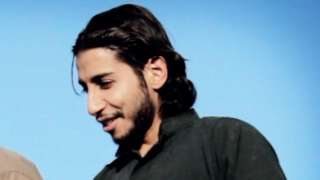 The suspected ringleader of the Paris attacks, Abdelhamid Abaaoud, was among those killed in a French police raid on Wednesday, prosecutors say.

They confirmed Abaaoud had died when anti-terror police stormed a flat in the Paris suburb of Saint Denis.

His body was found riddled with bullets and shrapnel in the apartment.

Interior Minister Bernard Cazeneuve said he had received intelligence that Abaaoud passed through Greece on his return from Syria.

It is unclear whether he had concealed himself among thousands of migrants arriving in Greece before heading for other EU nations.

The minister also implicated Abaaoud in four out of six attacks foiled in France since this spring.

The Belgian national, 28, was identified from his fingerprints.

Eight people were arrested and at least two killed in the raid on the property in Saint Denis. Heavily armed police stormed the building after a tip-off that Abaaoud was in Paris.

A woman at the flat – reported in French media to be Abaaoud’s cousin – died during the raid after activating a suicide vest.

The prosecutor’s office said it was still unclear whether Abaaoud had blown himself up or not.

Mr Cazeneuve told reporters that a non-EU state had alerted France on Monday that Abaaoud had been in Greece.

“Everyone must understand it is urgent that Europe wakes up, organises itself and defends itself against the terrorist threat,” he said.

2013: Said to have first visited Syria, joining the Islamic State group before slipping back to his home country, Belgium

2014: Back in Syria where he became one of the faces of IS propaganda

16 November 2015: A foreign intelligence service alerts France that he is back in Europe, having passed through Greece

How the Saint-Denis raid unfolded

Investigators are still looking for another suspect, Salah Abdeslam, who is believed to have travelled to Belgium after the attacks on Friday night.

He was high on French and Belgian wanted lists and yet managed to travel from Syria to the heart of Paris without ever leaving a trace.

Earlier on Thursday, Belgian police raided properties linked to Salah Abdeslam , who is believed to have blown himself up outside the Stade de France stadium during Friday’s attacks.

Several raids took place in and around Brussels and one person had been detained, Belgian prosecutors said.

Meanwhile, French PM Manuel Valls warned that France could face chemical or biological attack from terror groups, as deputies voted to extend the state of emergency imposed after the attacks for another three months from 26 November.

‘No timetable’ for Syria strikes vote

Are you in the area? Have you been affected by what has been happening? Do you have any information you can share? If it is safe to do so, you can get in touch by emailing [email protected]