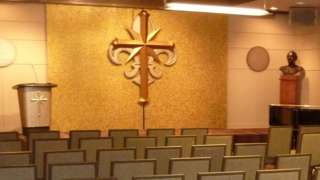 A Russian court has ruled that the Moscow branch of the Church of Scientology should be dissolved.

The Moscow city court accepted the arguments of Russia’s justice ministry that as the term “Scientology” is a registered US trademark, the Church cannot be considered a religious organisation.

The court set a six-month timescale for the Church to close, the ministry said.

Created by science fiction writer L Ron Hubbard in 1954 and based in Los Angeles, California, the Church of Scientology has generated controversy around the world.

Critics say that it is a cult and that it scams its members, while supporters maintain that it provides spiritual support to its followers.