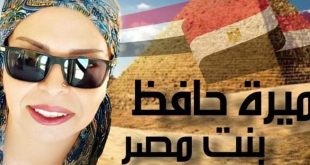 Spanish police say they have arrested one of Colombia’s most wanted men, Hernan Alonso Villa, known as “el Raton” (The Mouse).

He is suspected of being head of a gang of 200 people linked to international drug trafficking and extortion.

Hernan Alonso Villa was arrested on a road outside Alicante in southern Spain after a month-long tracking operation.

He is considered one of the main leaders of the “Oficina de Envigado” group which operates around Medellin.

The Oficina (Office) is responsible for exporting cocaine to Spain, the United States and Holland, a police statement said.

The Oficina was connected to the 1980s Medellin Cartel led by infamous drug lord, Pablo Escobar.

Colombian newspaper reports say it has grown in size since then and now has relations with members of the prominent Mexican Sinaloa Cartel.

It is suspected of being complicit in a range of illegal activities including money laundering, extortion and murder.

Spain is one of the main entry points for illegal narcotics into Europe and Colombia is one of the world’s biggest sources of cocaine.