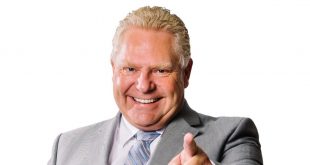 A passenger plane has crashed after a failed emergency landing in Taiwan, killing more than 40 people, local officials say.

There were a total of 54 passengers and four crew on board, Taiwan’s CNA news agency reported.

Firefighters and other emergency personnel are attempting to rescue those on board.

A photo published by local media showed firefighters examining the debris, with light being shone to illuminate the wreckage in the darkness.

TransAsia Airways is a budget airline in Taiwan

The ATR 72 turboprop aircraft departed from the southern municipality of Kaohsiung at 17:43 local time (09:43 GMT), but lost contact with controllers at 19:06, CNA said, citing the Civil Aeronautics Administration.

David Vargas, a spokesman for the manufacturer ATR, told the BBC’s Chinese service: “We are aware of the crash. We are trying to get more information and confirm what went wrong.”

Earlier on Wednesday, Taiwan was battered by strong winds and rain from a tropical storm, Typhoon Matmo.

Typhoon Matmo had caused many flights to be cancelled but the land warning was lifted around 17:30 local time, around the time the plane took off, the BBC’s Cindy Sui in Taipei reports.

How are you affected by the crash? Are you near Magong airport? You can email your comments to [email protected], using the subject line ‘Taiwan’.

Or send us your comments using the form below.