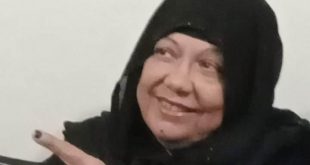 Deutsche Bank, HSBC and Bank of Nova Scotia have been accused of attempting to rig the price of silver, in a lawsuit filed in the US.

The plaintiff alleges the banks, which set the price of silver each day, abused their position in the market.

Deutsche Bank and HSBC have not commented on the filing, while Bank of Nova Scotia told Bloomberg news agency it would “vigorously defend” itself.

The lawsuit follows similar filings in the gold price-fixing market.

Earlier this year, Barclays Bank was fined £26m ($44m) by UK regulators after one of its traders was discovered attempting to fix the price of gold.

Investor Scott Nicholson from Washington said in the filing against the three banks for price-fixing: “The extreme level of secrecy creates an environment that is ripe for manipulation.

“Defendants have a strong financial incentive to establish positions in both physical silver and silver derivatives prior to the public release of silver fixing results, allowing them to reap large, illegitimate profits.”

He is hoping other investors will come forward to launch a class-action lawsuit.

Last September, the US Commodity Futures Trading Commission said it had found no evidence of wrongdoing during a five-year investigation into the silver market.

Previous investigations by the US regulator also found no evidence of malpractice.

Both the price of gold and silver are fixed by a small number of banks every day during a conference call. This allows investors to buy and sell the precious metals at a single, quoted price.

Deutsche Banks announced earlier this year it would be withdrawing from the gold and silver price-fixing markets.