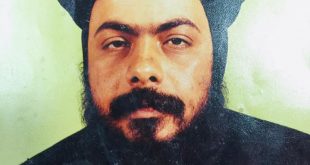 David Ryall had a long and wide-ranging career across film, TV and theatre

The actor passed away on Christmas Day but no more information has been given.

Ryall had a five-decade career across film, TV and theatre, including in movie The Elephant Man and on TV, The Village and Outnumbered.

In a tweet, Sherlock writer Mark Gatiss called Ryall “a twinkling, brilliant, wonderful actor I was privileged to call a friend. RIP”.

Gatiss directed Ryall in TV movie The Tractate Middoth in 2013.

His character was a close friend of Albus Dumbledore in addition to being a Ministry of Magic jurist and an Order of the Phoenix member.

On TV, character actor Ryall appeared in many well-known shows including The Singing Detective, Holby City, Casualty, Midsomer Murders, Goodnight Sweetheart and the Andrew Davies version of House Of Cards.

Most recently, he was perhaps best known as Frank, the grandfather who suffers from dementia, in BBC comedy Outnumbered.

He is also recognisable to TV viewers as Britain’s oldest man Old Bert, the narrator of BBC One’s The Village, who recalls his life through a series of flashbacks.

He also appeared in the Sky One comedy Trollied and in BBC drama Our Girl.

On Twitter, fans and colleagues of the actor paid tribute.

“So very sad to read of the death of actor David Ryall may he RIP,” said Colette Mayer.

Actor Clive Merrison added: “I’m so sorry to hear David Ryall has died. He was a wonderful actor and a dear colleague.”

Ryall began his career on the stage before becoming a familiar face on British TV.

He received a scholarship to the Royal Academy of Dramatic Art in 1962, during which time he won the Caryl Brahams Award for a musical.

Ryall went on to join Laurence Olivier’s company with the National Theatre, during which time he was involved in several well-known plays, such as Tom Stoppard’s Rosencrantz and Guildenstern Are Dead.

His work at the National Theatre also included Guys and Dolls, The Beggar’s Opera and Animal Farm, Coriolanus, The School of Wives, Democracy and The UN Inspector.

Ryall continued to be a regular face in the theatre, with appearances in Patrick Marber’s Don Juan in Soho at the Donmar Warehouse in 2007.