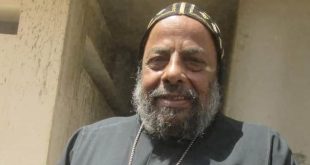 Greece will need an extra 50bn euros ($55bn) over the next three years to stabilise its finances under the existing, disputed bailout plans, the International Monetary Fund (IMF) says.

The IMF also cut its forecast for Greek economic growth from 2.5% to zero.

And it repeated its earlier suggestion that Greece needed debt relief in the form of extended repayment periods and lower interest rates.

The report comes ahead of Sunday’s referendum on existing bailout terms.

The European Commission, the European Union’s executive arm – one of the “troika” of creditors along with the IMF and the European Central Bank – wants Athens to raise taxes and slash welfare spending to meet its debt obligations.

Greek Prime Minister Alexis Tsipras has urged Greeks to vote “No” to the creditors’ proposals, saying a rejection will lead to a “better agreement”.

But the head of the grouping of eurozone finance ministers said a “No” vote would not provide Greece with an easy way out of its economic crisis, and the Greek PM’s suggestion was “simply wrong”.

Meanwhile, long queues of pensioners have formed outside Greek banks for a second day.

Greece’s banks have now been closed to all but pensioners for four days, and Athenians have settled into a crisis routine.

At the stroke of midnight, queues form at cash machines as locals scramble to obtain their daily €60 ration.

Neighbours confer over which ATMs are still dispensing €20 bills – those with other denominations can only pay out €50 per day.

But despite the posters that adorn every tree and lamppost calling for “everyone to take to the streets”, the large protests of the past few days have largely died down.

In the radical left Exarcheia neighbourhood, exhausted young anarchists lounge outside bars and cafes, and let the banners hanging across the central square speak for them.

“No to EU and IMF terrorism,” reads one.

Is Greece’s exit from the euro inevitable?

The IMF reached its latest conclusions before the Greek government broke off talks last weekend with creditors and ordered banks to shut for a week.

In its report on the embattled Greek economy, the Washington-based global financial body says changes in Greek policies and its economic outlook since earlier this year “have resulted in a substantial increase in financing needs” not met by the existing proposals of either the government or its creditors.

Greece’s banks stayed shut this week after emergency funding from the European Central Bank (ECB) was frozen, though some branches have reopened to allow pensioners – many of whom do not use bank cards – a one-off weekly withdrawal of up to €120.

Withdrawals from cash machines are capped at €60 a day.

Local media are reporting growing pressure on the economy, with businesses halting production because they are unable to pay suppliers, and some shops considering giving unpaid leave to staff.

Greece’s left-wing Syriza government, elected on an anti-austerity platform, has been in deadlock with its creditors for months over the terms of a third bailout. Last weekend, it took the unilateral decision to hold a national vote on those terms.

On Tuesday, the previous eurozone bailout expired, depriving Greece of access to billions of euros in funds, and Athens missed a €1.5bn repayment to the IMF.

EU leaders have warned that a “No” vote on Sunday may see Greece leave the eurozone – though Mr Tsipras says he does not want this to happen.

Divisions in Greece have sharpened ahead of the vote. A poll cited by euro2day.gr said 47% of people were leaning toward a “Yes” vote, with the “No” camp at 43%. A previous poll suggested the “No” camp had a shrinking lead.

The BBC’s Chris Morris, in Athens, says the absurdly short referendum campaign may well turn on the question of who succeeds in framing the narrative best.

Some people will vote no to austerity, he says, others will vote yes to the euro. But much will depend on what the waverers, the people in the middle ground, decide the referendum is really all about.

Greek Finance Minister Yanis Varoufakis has said he will resign if the “Yes” campaign wins.

But he told the BBC he was confident that a deal would be reached very shortly after Sunday’s referendum, allowing banks to reopen on Tuesday.

“A lot of people will interpret this as a ‘Yes’ or ‘No’ to the euro but it is the wrong interpretation. Our government is determined to stay in the euro, it’s not on our radar screen to do anything other than that.”

Mr Varoufakis described the programme that creditors had imposed and wanted to continue imposing on Greece as “a travesty, a comedy of errors”.

He added: “The programme they imposed on Greece is going to go down in economic history as the greatest cock-up ever.”

Tsipras and his Greek gamble

Are you in Greece? What are your concerns? Do you have friends and family in the country who may be affected? Email [email protected] with your experiences.